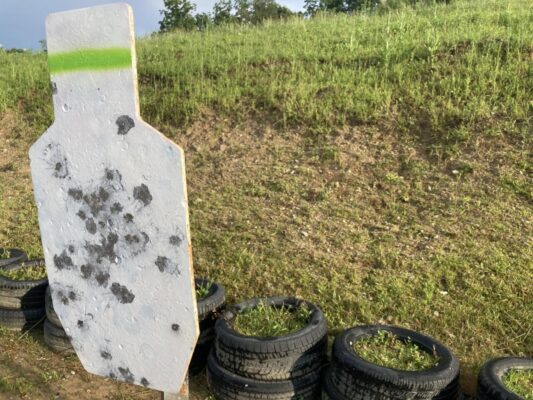 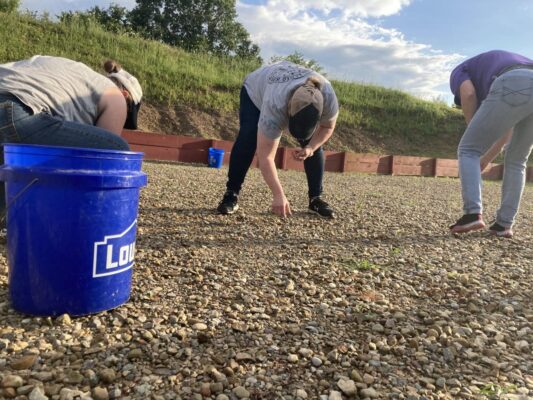 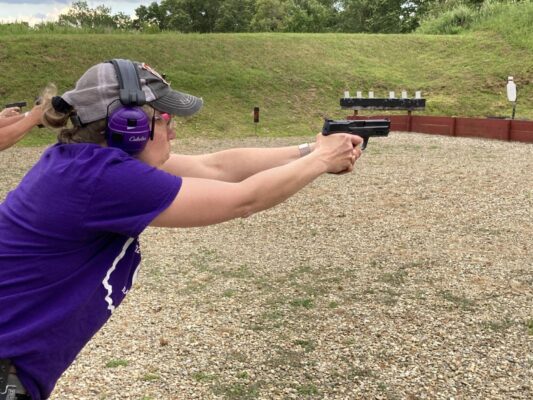 Bullets hit a steel figure, etched out to look like an incoming intruder, and bounce off onto the brown gravel firing range. Some fly by the target and smack into a dirt background, creating a hazy brown cloud of dust, a symbol of a missed target.

The guns are being fired from women ranging from Ashland, Morrow and Knox counties at a gun range owned by Sylvester “Sly” Pocius, part of East Group Training. They’re part of Mount Vernon’s chapter Armed Women of America, a training group dedicated to preparing women for the worst: having to use a weapon in a life-or-death scenario.

It’s a national nonprofit organization which has multiple chapters throughout the country.

More than 140 women have joined the chapter. Some due to thinking “the world has become crazy” or scary. Others joined because their husbands had experience in guns.

A few simply wanted to protect themselves and loved ones. They wanted to become their own “self protectors.”

“Everyone has a story to tell,” Pocius said. “Either attacked, walking on a bike path with grandchildren. With no way to defend themselves.”

Then Pocius heard an interesting story – women who never thought they’d touch a gun did.

Connie Cline started and organized Mount Vernon’s chapter six years ago when her grandchild was born. She felt a grandmotherly instinct to protect, even if it meant with a firearm.

In 2010, Cline saw her world getting scarier each year, and saw the increase in human trafficking cases.

In 2020, 310 human trafficking cases were reported in Ohio, according to the National Human Trafficking Hotline. In 2019, it was 452 cases reported.

The program, which meets every second Wednesday, has made Cline “more aware” of her surroundings, she said.

The program wants to reach out to Richland County, having heard interest from some women in the area.

Jennifer Bostic joined the chapter six years ago after receiving a recommendation from a friend.

Bostic was “very interested” and was relatively new to the gun scene, with her husband having a stronger background in firearms.

It took about two years for Bostic to feel comfortable with her handgun, she said.

The final part of the nearly 90-minute training session was focused on firing at three targets with six bullets in the chamber as fast as possible with accuracy.

One trainee, Sue, only had five bullets in one of her two ammunition clips.

“Out on the street that’ll get you shot, Sue!” Pocius said.

Sue, a 70-year-old Morrow County resident who asked for her last name not to be used, received a revolver from her husband on their first wedding anniversary. Later in life, her husband became ill and she felt the need to seek protection and self defense knowledge.

“I needed to take care of myself,” Sue said. “I’ve learned so much from this group.”

More women continued to fire their handguns at the paper targets while others filled the holes with tape after firing.

During the final training of the night, Sly emphasized in a real-word scenario that the target isn’t going to stand still. Either in a Walmart Parking lot, alleyway or a hiking trail.

The chapter listened intently with bullet casings feet away.

“It’s going to be down, dirty and messy.”